Echo of the Past

Echo of the Past was created in response to the Neville Screen in Durham Cathedral. This screen provides the backdrop to the Main Altar and would have historically had its niches filled with 107 statues. Since the Reformation these niches have stood empty. 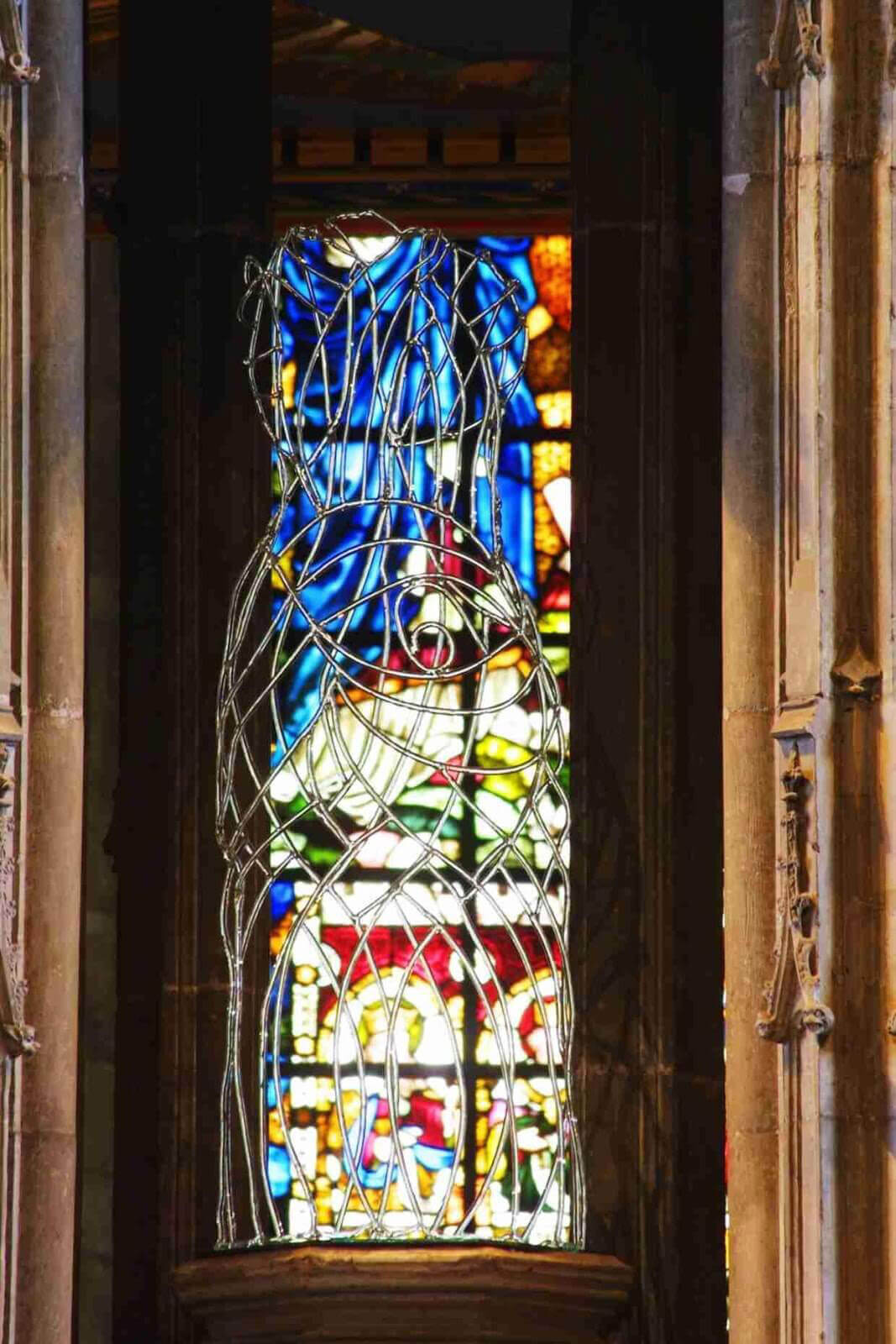 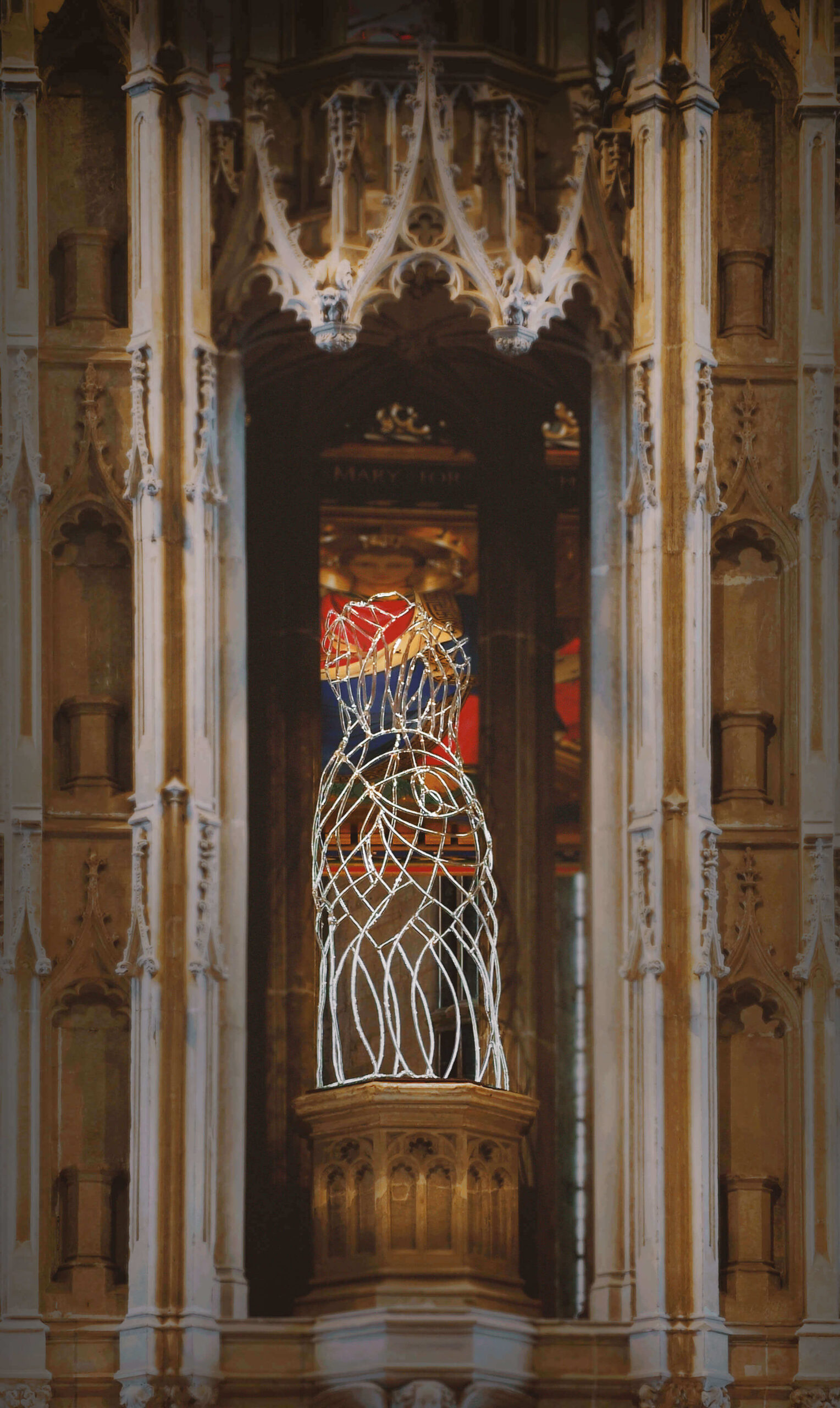 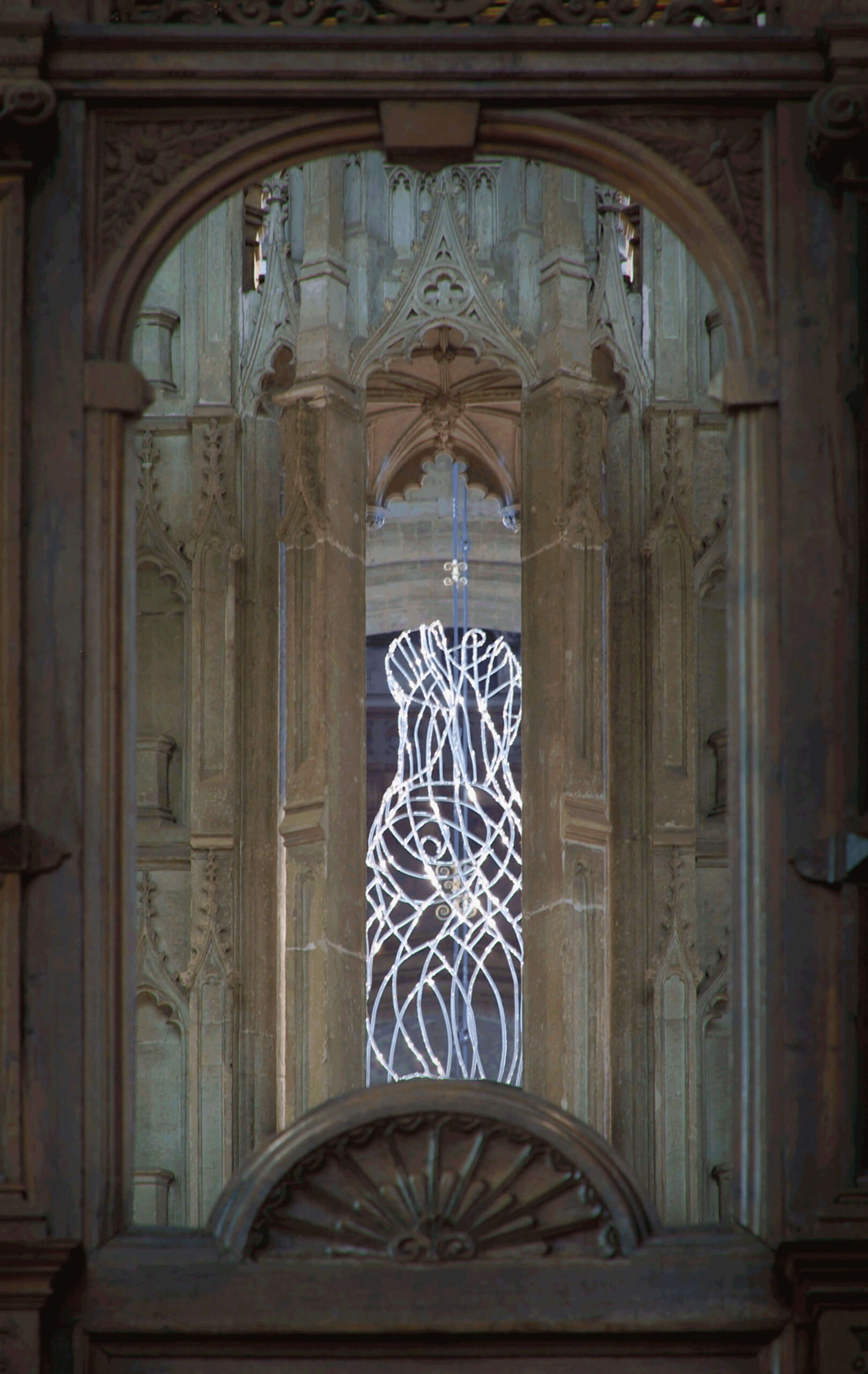 The central niche originally held a statue of Mary, mother of Jesus. Echo of the Past is a statue creating the idea of Mary, holding the history of the space: both filled and void. 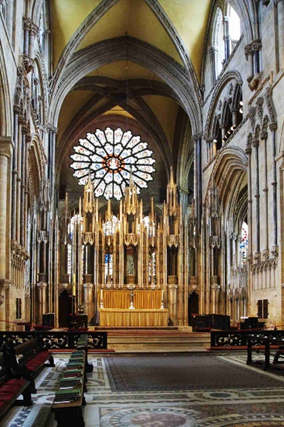 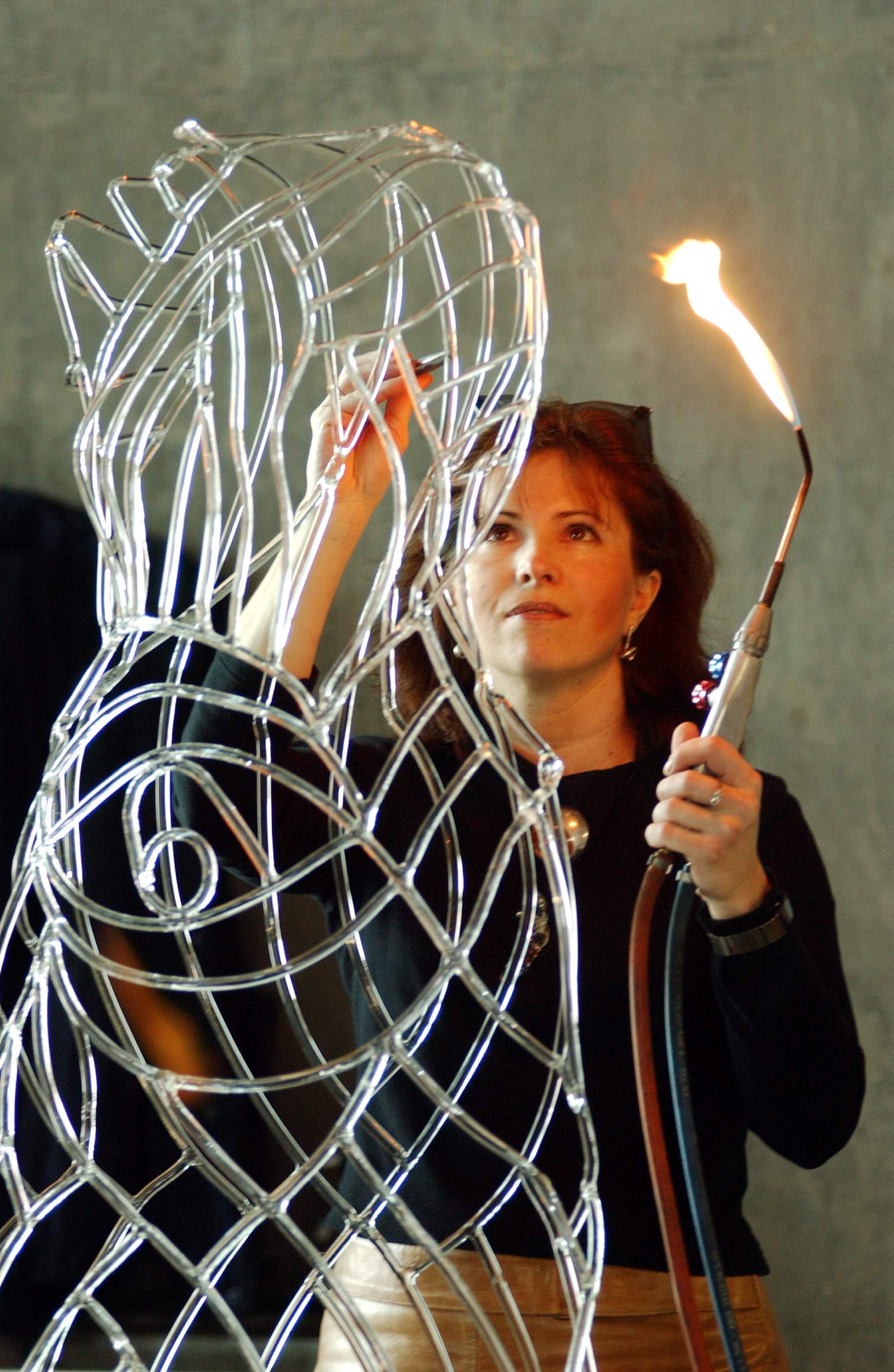 Following the exhibition in Durham Cathedral Echo of the Past was exhibited in the National Glass Centre, Sunderland; Durham Castle, University College, Durham University; and, Bede’s World, Jarrow.

“Suggestion of the woman in Isaiah (behold a virgin shall conceive) as well as of Mary: image of the child contained. A prophecy as yet unclear as to its meaning, and yet we stand in the light of the incarnation having happened. Paradox – God cannot be contained, but chooses to be confined in the womb. Lack of definition in the sculpture suggests the mystery of early pregnancy, and thus by analogy the mystery of the gospel. The mystery of the incarnation ‘in the stillness of God’ (Ignatius); the mystery of Christ being formed in us, who are in travail (Galatians). Suggestion of promise, potential, possibility, to be brought to completion in and through us. We are drawn in, we are part of what is suggested by the sculpture: it is ‘open’ to our participation visually and in our engagement with the mystery it represents. Upward sweeps of the robe leads the eye to the focus on the womb. Lack of the head: suggests John the Baptist: he (Jesus) must increase. The focus is now on Christ: Mary’s humility. And yet, she still encloses and protects the child. Use of glass suggests transparency – in this context, we can see through the sculpture to what lies beyond – the tester in the feretory? Christ in glory… Like icon theology – we are taken beyond the image to the mystery, here in three dimensions.”

“Arriving expectant in the nave, the visitor looked expectantly at the Neville Screen, that remarkable survivor of the reformation and former home of numerous medieval statues which were either destroyed or hidden and are now lost. From his position near the font, with its splendid carved cover commissioned by Bishop Cosin, nothing could be seen. Was he too late? As it was a dull afternoon, he walked briskly down the nave aisle until at about the half way point, it was possible to discern a wraith, a shadow of the last medieval Madonna shimmering in its central niche. His anticipation increased. Passing under the gothic marble screen by one of the Scott family, the details began to be discerned more fully and once at the altar rail, the complex subtlety of the work became clear. The visitor recalled Goshka Bialek’s earlier work of joined glass rods exhibited in Durham Castle for the college Arts Week earlier in 2002. These works were evidently transitional studies in the design process which led to the present work. The Madonna looked delightful in the central position, where the niche had been empty for centuries. What an imaginative stroke! The convoluted design gave hints of head, eye, baby and womb and successfully evoked the sense of maternal love and a gesture of protectiveness towards the Christ child. Alternatively, the visitor felt that the work was equally viable as an abstraction. Viewing it from several points along the altar rail, his enthusiasm mounted and yet he felt a slight pang of frustration. Would it not be more potent if better lit? At that moment he walked round into the feretory at the other side of the screen, stood by St Cuthbert’s tomb and looked up. With some relief he discovered that at this angle, many points of the matrix of the work shone out in a glorious triumph of small reflections, generating a tremendous contrast with the view from the west. This is the whole point, he decided. The wraith from the west and the shining matrix from the east; in the latter a sense of resurrection and a far greater tangibility. Congratulations Goshka Bialek !”